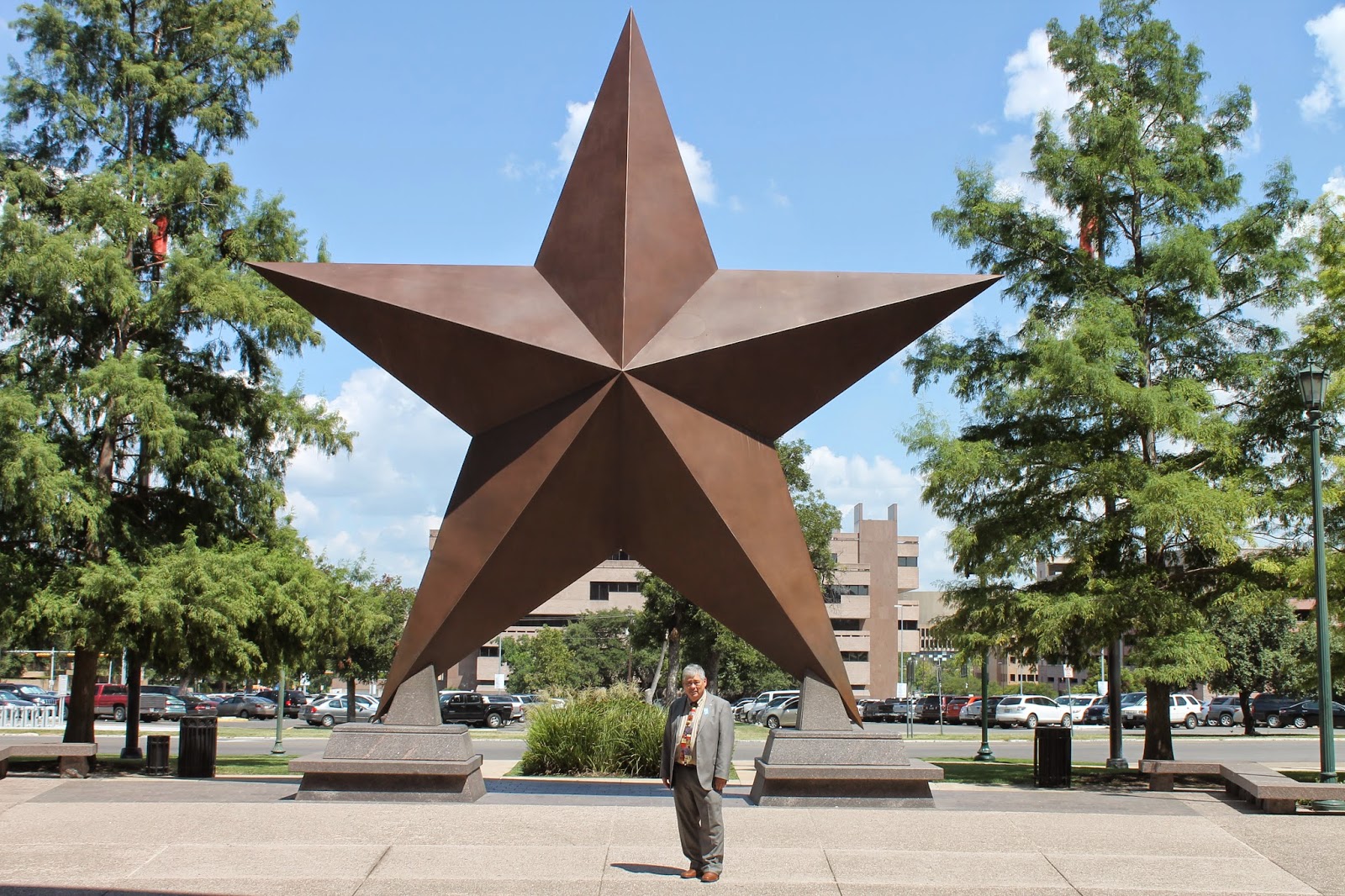 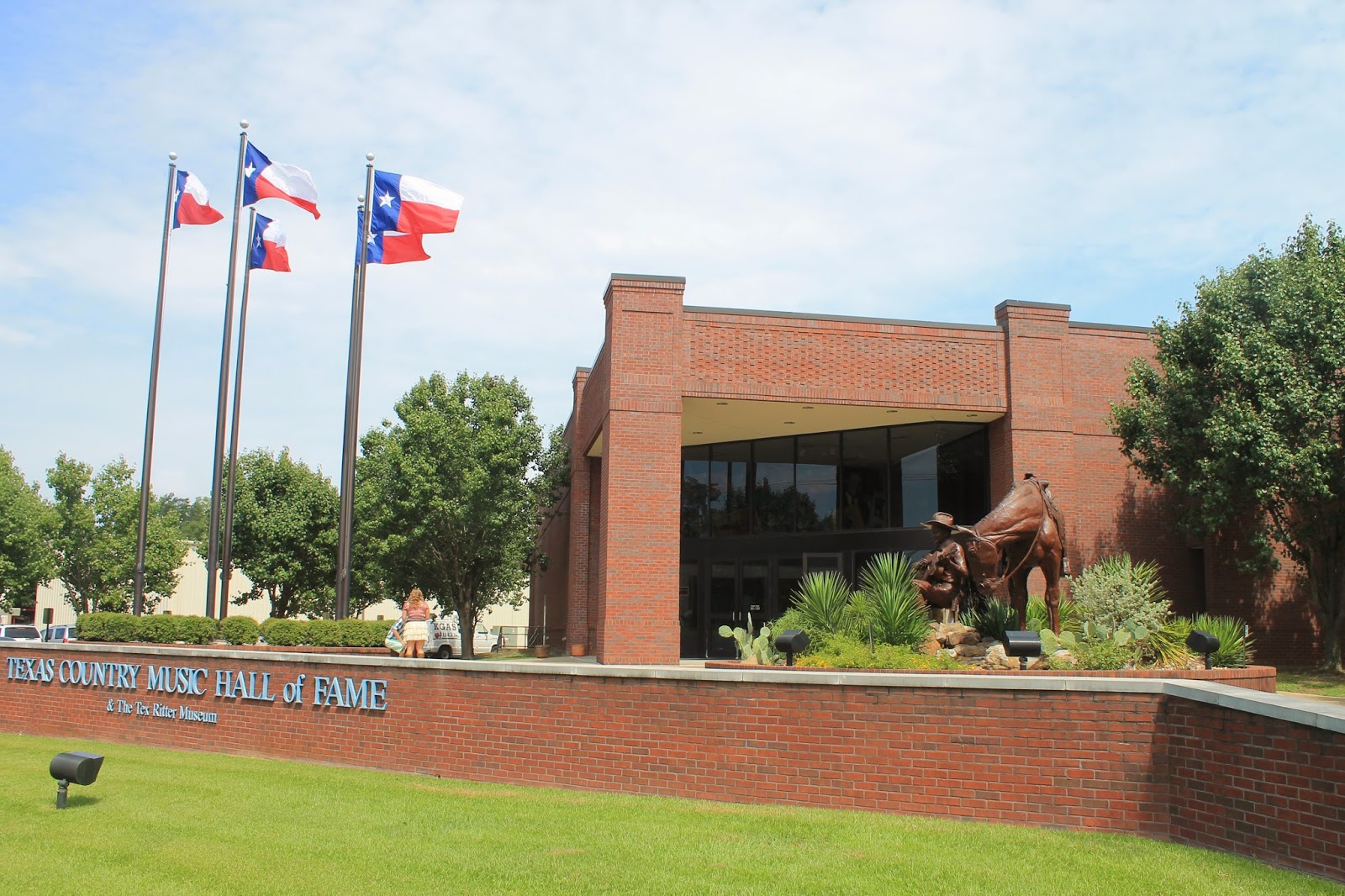 The Texas Country Music Hall of Fame and Museum opened in 1998 with the induction of Tex Ritter, Jim Reeves, Willie Nelson, Gene Autry, Cindy Walker, and Joe Allison. There have been gifted Texans in every genre of music, but Country Music and Country and Western Music have been dominated by Texans. During the 1990s the director of the Panola County Chamber of Commerce, Tommie Ritter Smith, decided to open a museum to her kinsman, Tex Ritter. A beloved member of Nashville’s Country Music Hall of Fame, Tex was a native of Panola County. His family – widow Dorothy and sons Tom and John Ritter – turned over a treasure trove of memorabilia to Tommie for the Tex Ritter Museum. Tommie housed the museum in the second floor of the Chamber of Commerce building, and it became a popular tourist destination. Tommie asked me to write a biography of Tex for the museum gift shop, and she provided most of the primary materials I needed.


Another famed Country artist, Gentleman Jim Reeves, was a Panola County farm boy who is buried in a handsome park a few miles east of Carthage. With the realization that Panola County is the only county in the United States with two members of Nashville’s Country Music Hall of Fame, Tommie Ritter Smith secured a charter from the state for the Texas Country Music Hall of Fame and Museum. Annual inductions quickly became a major tourist event and a strong attraction for Nashville stars. I was privileged to become a charter board member.


The TCMHOF rapidly outgrew the second floor of the Chamber of Commerce building, and in 2002 a new, state-of-the-art structure welcomed attendees of the Sixth Annual Induction Ceremony. Since 2002 visitors to the TCMHOF have included guests from each of the 50 states and from 42 foreign countries. As the years passed, however, the display area became so crowded that even a closet was incorporated – for the radio studio of Jim Reeves.


But the City of Carthage and the Carthage Improvement Commission voted to expand the town’s premier tourist attraction. For this year’s induction a $1.5 million, 3,000 square foot addition was near enough to completion to be shown to the public. Later in the year the new wing will be celebrated with a Grand Opening.


On Friday night before the Saturday night induction, the John Ritter Showcase Annual Talent Contest was held before a large crowd. The emcee is the talented and vivacious Linda Davis. A Grammy-winner and member of the TCMHOF, Linda is a graduate of Carthage High School, where she was a school mate of my wife, Karon. For a year before pursuing her musical career, Linda attended Panola Collage, where she starred as a member of our singing and dancing performance group, the Panola Pipers. In my history class, students staged a cowboy event around a campfire, and Linda sang the classic cowboy ballad, “Little Joe the Wrangler.” Of course, she made an A Plus! Late in the induction ceremony, Linda sat beside Karon and me.

Seated in front of us were Tom Ritter and Les Leverett, who both were of great help to me when I wrote the biography of Tex Ritter. Les is a legendary photographer for the Grand Ole Opry. I asked Les to photograph Linda, Karon, and the State Historian, so the image in this blog was taken by Country Music’s greatest photographer.


An audience of nearly 1,800 assembled at the Carthage Civic Center on Saturday night to see a performance that featured the internationally famous Oak Ridge Boys. Clay Cooper, from Wylie, Texas, and now a star in Branson, was the emcee, and later he performed with Linda Davis. Performers during the evening included the lovely Bailey Wesberry, winner of Friday night’s John Ritter Showcase.

The highlight of the evening was the Oak Ridge Boys, who entertained everyone with hit after hit, including “Y’All Come Saloon,” “Bobbie Sue,” “Fancy Free,” “American Made,” and “You’re the One.” Lead singer Duane Allen, who joined the group - then a gospel quartet - in 1965, is a native Texan and the 46th artist inducted into the TCMHOF. Duane was raised on a cotton farm south of Paris in Lamer County. He earned a music degree from East Texas State College, which later named him a Distinguished Alumni.

With the Oak Ridge Boys he teamed with tenor Joe Bonsall, baritone William Lee Golden, and bass Richard Sterban. After the group changed their focus to Country Music, there was an eight-year period in which the Oaks had 25 consecutive Top Ten singles, including 13 Number One hits. The Oak Ridge Boys scored their biggest hit in 1981 with “Elvira,” Number One in both Country and Pop charts.


Near the end of the Oaks’ TCMHOF convert, State Representative Chris Paddie came onstage to present plaques from Governor Rick Perry to Bonsall, Golden, and Sterban naming them Honorary Texans. Duane Allen was given a plaque designating him an Admiral of the Texas Navy. Next Duane was presented his star as the newest member of the TCMHOF. He spoke to the audience and pointed out the large family group that was present in his support.

Following Allen’s induction, the Oak Ridge Boys closed the show – and brought down the house – with a rousing performance of “Elvira.” It was one of the most memorable evenings in the 17-year history of the Texas Country Music Hall of Fame.