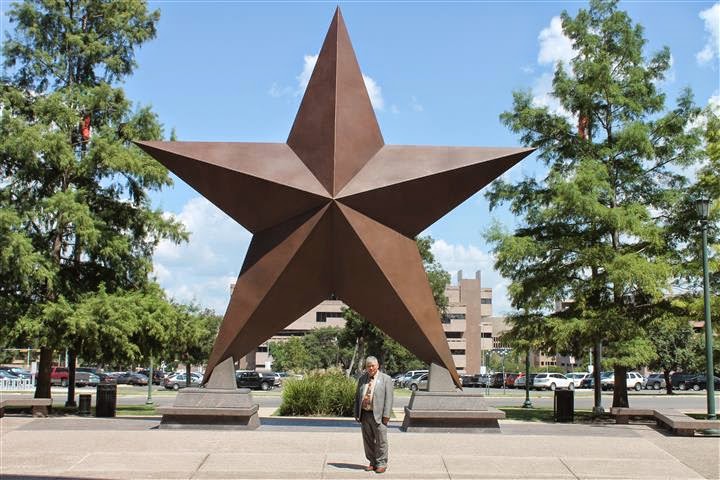 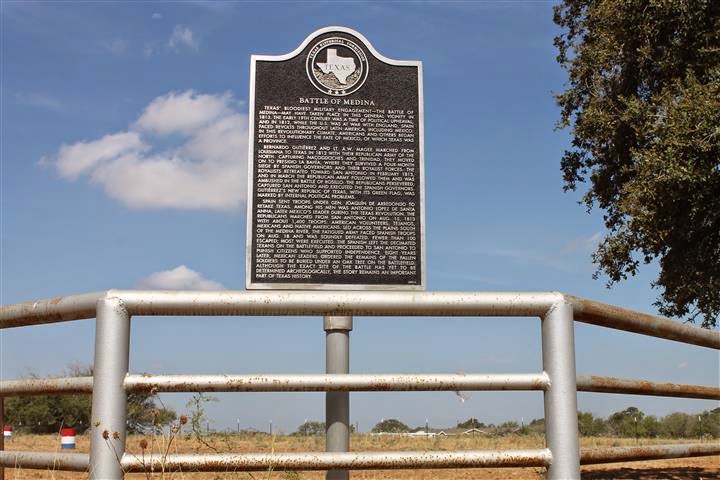 On Saturday, August 16, I had the pleasure and distinct privilege of attending and participating in the 201st anniversary of the Battle of Medina. On August 18, 1813, more than 3,200 participants battled for four hours in the sandy oak forest terrain around the Medina River about 20 miles south of San Antonio. Over 800 men were killed, with hundreds of others wounded. The Battle of Medina thus was the bloodiest battle ever fought on Texas soil. 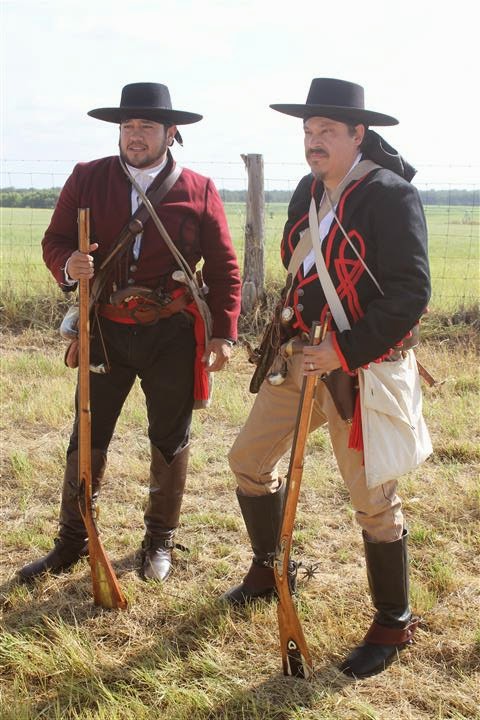 The Battle of Medina was the lethal climax of the Gutierrez-Magee Expedition of 1812-13. After nearly three centuries of Spanish control, Mexico began a revolution in 1810. Revolutionary leader Jose Bernardo Gutierrez de Lara traveled to Washington, D.C., hoping to enlist United States governmental support for an invasion of the sparsely settled frontier province of Texas. Although the U.S. government made no serious commitments, many Americans – especially frontier adventurers – volunteered for an expedition. Volunteers and supplies were gathered at Natchitoches, Louisiana, and organized into a military force under Lt. Augustus Magee, who left the U.S. Army to become a colonel under Gutierrez’s Republic Army of the North. 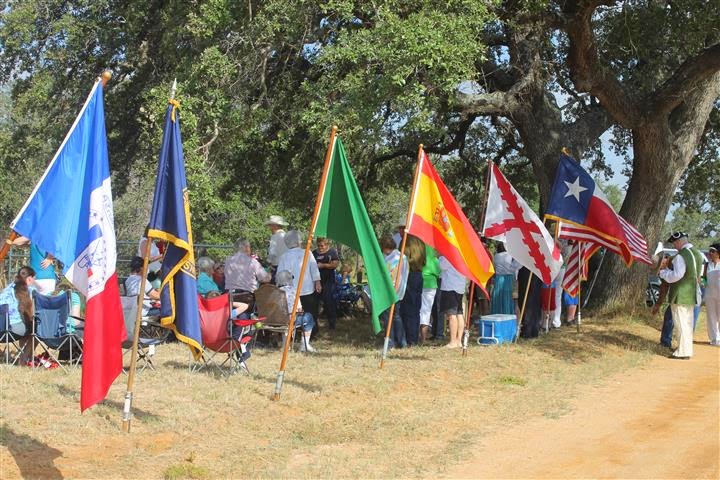 Gutierrez and Colonel Magee led their growing army into Texas in August 1812. Flying the Green Flag, Magee and his men captured Nacogdoches, regrouped, and marched to occupy the vacant stone presidio at La Bahia. There they were besieged for four months by Spanish soldados led by Governor Santisima Trinidad de Salcedo. There were skirmishes, bombardments, and large-scale engagements. During the siege Colonel Magee died, and was succeeded by Samuel Kemper. Only days after Magee’s death, Kemper led his men to victories on February 10 and 13, and Salcedo retreated back to San Antonio. 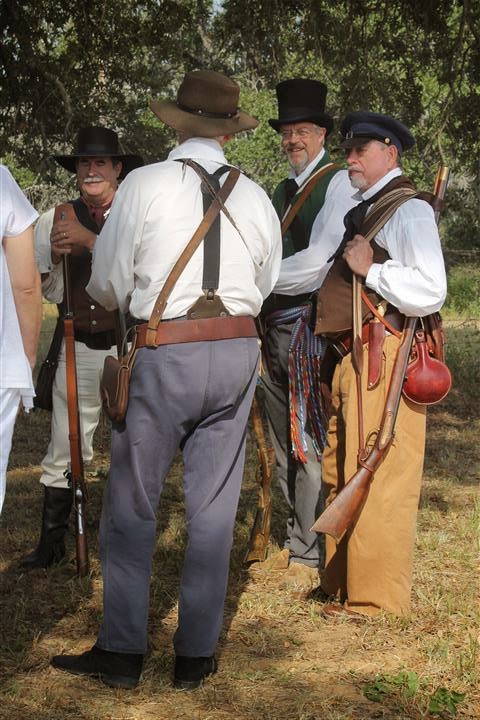 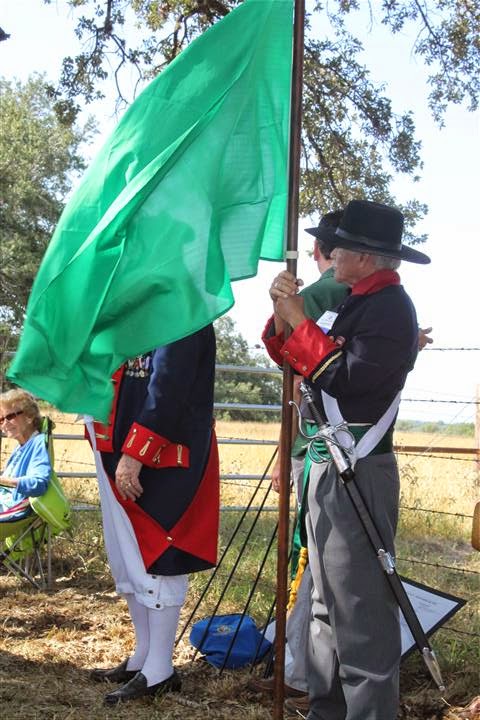 But Royalist forces were on the march to Texas. Col. Ignacio Elisando besieged San Antonio with 900 men, but on June 20, 1813, Henry Perry routed Elisando with a dawn attack. Elisando gathered 700 survivors and retreated toward the advancing column of Gen. Jose Arredondo (whose men included Lt. Antonio Lopez de Santa Anna).  Meanwhile, political intrigues resulted in the usurpation of Gutierrez by Jose Alvarez de Toledo. Early in August Arrendondo and Elisando approached San Antonio from the south with a combined force of more than 1,800 men. Toledo led 1,400 men out of town to meet the Royalist army. 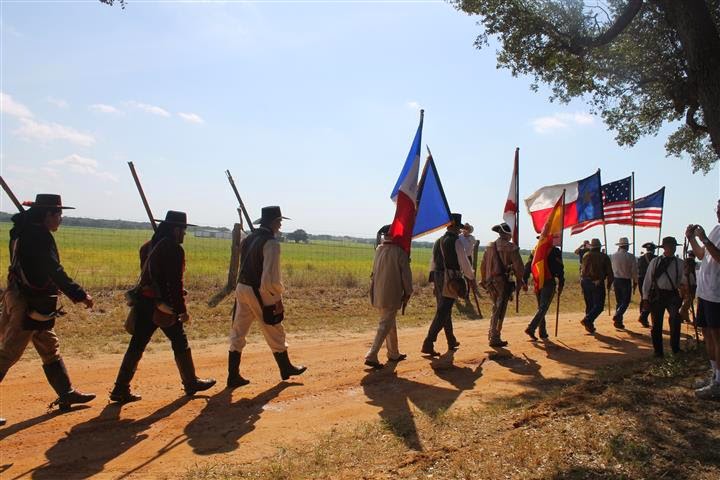 Arrendondo set an ambush and Toledo warned his men to retreat. But the norteamericanos fought back with effective rifle fire and rapid arms-handling. When ammunition ran low, Arrendondo’s men swept the field. Only 100 of Toledo’s men managed to escape, while 55 Spanish soldados died of their wounds. For several years the bleached bones of 800 of Toledo’s men lay where they fell. 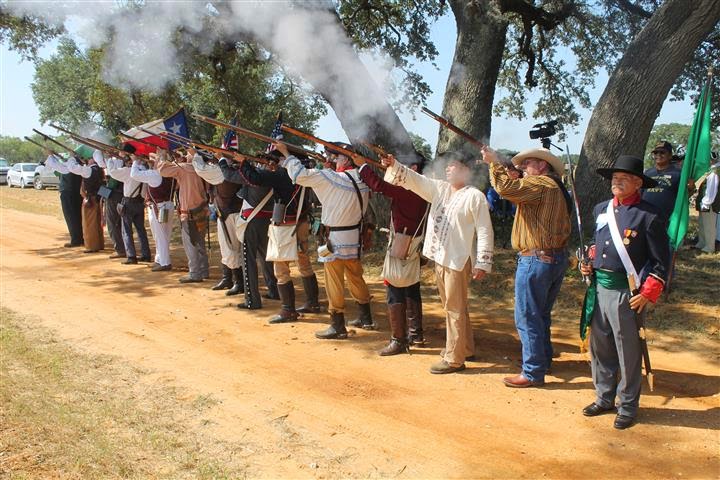 More than a decade ago the first celebration of the Battle of Medina was held on the approximate site of the battlefield. As State Historian I was invited to participate in this year’s event, and I worked up a program about the course of Manifest Destiny in Texas from the 1790s until the 1830s, with  focus upon the Gutierrez-Magee Expedition and the Battle of Medina.


On Saturday morning I was part of a large crowd at the remote site of the battlefield (where I was guided by Joe Cox, who invited me to the occasion). There was an impressive contingent of re-enactors in uniforms and costumes of the early nineteenth century. The famous Green Flag flew proudly among other period flags. The genial Tom Green, a Knight of San Jacinto and member of numerous other historical organizations, served as Master of Ceremonies. We pledged allegiance to the flags of the United States and Texas, heard from descendants of participants in the battle, and viewed a trio of volleys by the re-enactors. 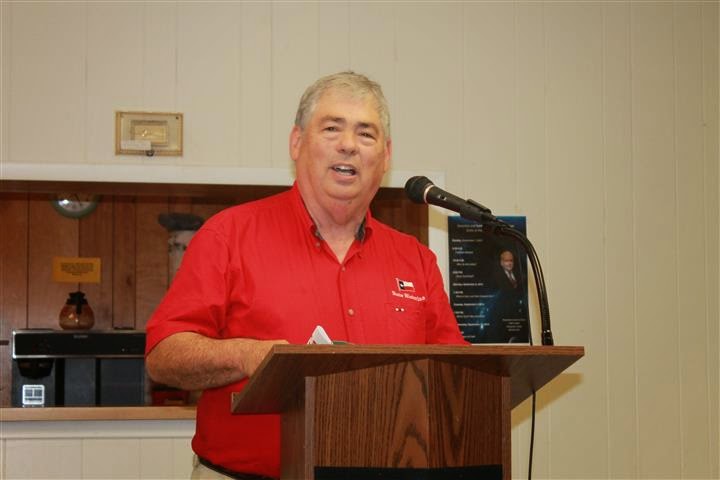 We drove into Pleasanton for lunch, and regrouped at the fellowship hall of the Church of Christ for program presentations. Dr. Frank de la Teja, the first State Historian and a distinguished scholar of the Spanish colonial period in Texas, was scheduled to speak, along with Dr. Caroline Crimm, an outstanding author/teacher of Texas history at Sam Houston State University. There were other programs as well, and I was proud to be part of such a fine lineup. 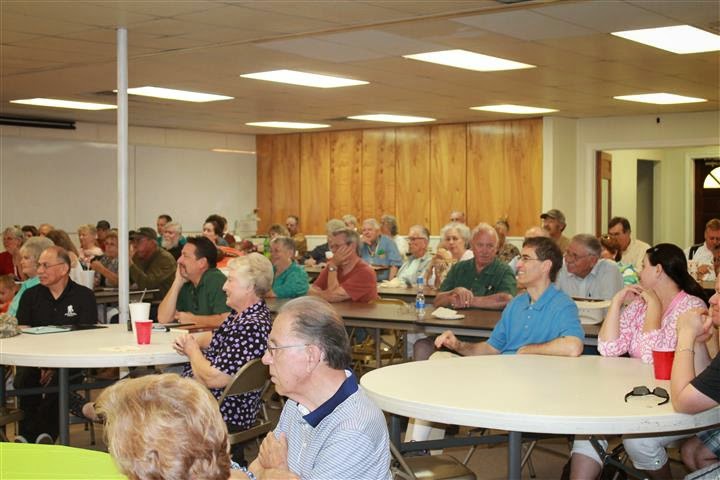