Beginning on Tuesday, March 20, I had the pleasure of delivering history programs to four diverse groups in three communities in four days, along with two media events. On Tuesday afternoon I drove from Carthage to Center for the monthly meeting of the Shelby County Historical Society. In 1835 my great-great-grandparents, Jonathan and Jinsy Bittick, migrated with their children from Tennessee to Texas, where they were among the first settlers of future Shelby County. When I wrote a book about the Regulator-Moderator War of Old East Texas, the Shelby County Museum provided me with a great deal of primary material and photos. Through the years I've offered a number programs to the Shelby County Historical Society at their museum, and I've developed many friendships with their members.
﻿ ﻿
﻿
﻿
On Tuesday afternoon a crowd gathered which included several former students from my Panola College classes. Local radio and newspaper reporters also were in attendance. I explained that through happy coincidence, my two most recent books had just been published almost simultaneously. I gave a quick rundown of Frontier Forts of Texas, a publication of Arcadia Press, before presenting a longer description of John Chisum, Frontier Cattle King, published by Eakin Press through the Wild Horse Media Group of Fort Worth. It was my first program on either of these books, and I received welcome assurance that the presentation was entertaining and of interest. Attendees bought a large number of books, and my confidence level improved.


I started Thursday morning at the Carthage studios of KGAS Radio, where I was interviewed on Panola Pride by owner-manager Jerry Hanszen. Panola Pride is a daily program which runs from 8:30 until 9:00. Jerry spoke to me about my two new books, as well as my public lecture that evening at the Longview University Center, as well as other upcoming events.
Later in the morning I drove to the First Baptist Church of Longview, where I was scheduled to provide a lunch program to the Senior Adult Group. It is a large and active organization, and by a coincidence of scheduling they invited me on a day when I was already going to be in Longview. I spoke about the religious roots of America, pointing out the central role of churches and preachers in colonial society, along with the spiritual expressions of the founding generation.


During the afternoon I went across town to the Longview University Center, which is a satellite campus of the University of Texas at Tyler. The Director of the LUC is Dr. Van Patterson, a former colleague at Panola College. After assuming the controls at the LUC, Van invited me to initiate a lecture series at his institution. Van is an industrious publicist, and we had an excellent crowd. Each subsequent spring Van continued to bring the State Historian to his campus. This year was my fifth appearance at the LUC, and I talked about my two new books to an audience that included a growing number of "regulars" at what has become an annual event.

The next morning I drove to the Marshall Public Library for the opening ceremony of a Smithsonian traveling exhibit, "Hometown Teams." This sports exhibit from the Smithsonian Institution is sponsored by the Texas State Historical Association, and the acting director of the TSHA, Steve Cure, was on hand to introduce the exhibit to the standing-room-only crowd. Steve pointed out that the TSHA had arranged for the exhibit to be displayed during the next several months in seven communities across Texas, and that Marshall was the inaugural city. The event had been widely publicized, and Marshall responded with a major turnout.


For three decades Marshall supported a professional baseball team in the Class C East Texas League. I researched and wrote about the East Texas League years ago, during the period when I wrote a book about the centennial history of the Texas League. The East Texas League amassed a rich history until it disbanded, along with numerous other minor leagues, following the 1950 season. For my program I brought a great many items of baseball memorabilia, and the presentation turned out to be lively and filled with audience laughter. Afterward we staged a ribbon-cutting, and still later I had a grand time talking and posing for photos with former students and both old and new friends. 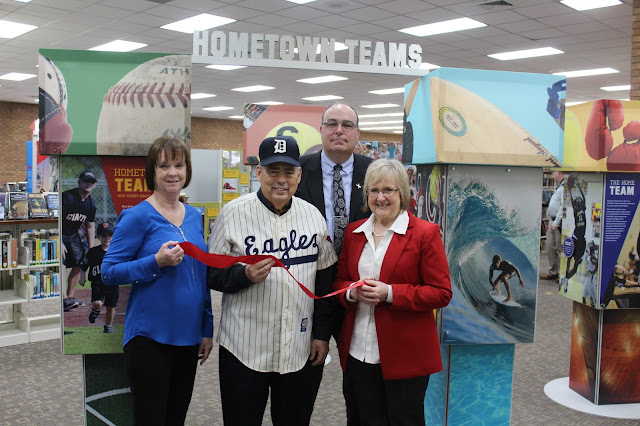 A busy week concluded Saturday afternoon at one o'clock with a podcast from Los Angeles. Daniel J. Glenn interviewed me over the phone for more than an hour. The subject of the podcast was the Wild West, and my name had been given to Daniel by the Wild West History Association, of which I am a charter member. Daniel is a personable and enthusiastic interviewer, and we spent an hour-plus talking about gunfighters, our favorite Western movies, and a lineup of lethal Old West shootists which included Billy the Kid, Wild Bill Hickok, John Wesley Hardin, Killin' Jim Miller, Doc Holliday, and Henry Plummer. A fun ending to a fun week during Texas History Month!
Posted by Unknown at 9:35 PM 5 comments:

On Thursday, Friday and Saturday, March 8-10, I had the pleasure of attending the 122nd Annual Meeting of the Texas State Historical Association. Almost 700 members of the TSHA gathered at the Embassy Suites by Hilton Hotel and Conference Center and Spa in San Marcos. The TSHA staff, headed by Chief Operating Officer Steve Cure, were extremely busy operating the event. Dr. Frank de la Teja, who served as the first State Historian and who now is the Interim CEO of the TSHA, energetically and cheerfully made himself available to the TSHA membership and staff alike. There were 26 exhibitors, from several university presses to Kenston Rare Books, from the Texas Catholic Historical Society to the Texas Oral History Association, from the Bexar County Historical Commission to the Wharton County Historical Commission.
﻿ ﻿

For nearly three days attendees enjoyed a buffet of historical programs and panels in more than three dozens sessions. I gravitated to an excellent presentation delivered by Scott McFarlane, a native Texan whose career has taken him to Columbia University.  Scott's program was, "Prisons and Plantations: An Environmental History of the Trinity River." The Trinity River is the eastern boundary of Navarro County, where I was born and raised. When I talked to Scott beforehand, he informed me that he is a regular reader of this blog, thereby keeping up with Texas history events from New York City. Another session which was of particular interest to me was, "Texas History: A publishing Roundtable." Three experienced publishers informed a large crowd of the state of non-fiction book publishing in Texas. We gained the latest information from Kent Calder (University of Oklahoma Press), Jay Dew (Texas A&M University Press), and Ron Chrisman (University of North Texas Press). 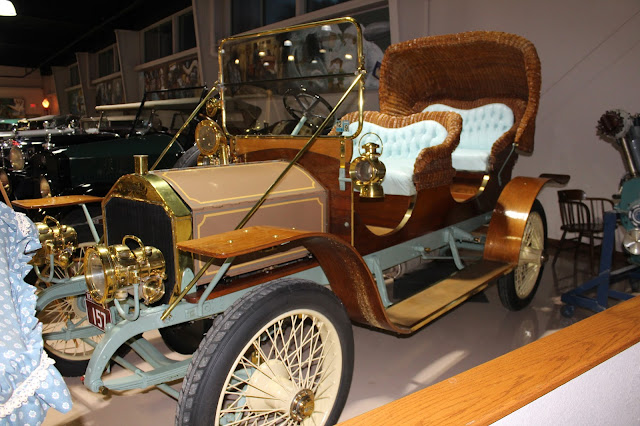 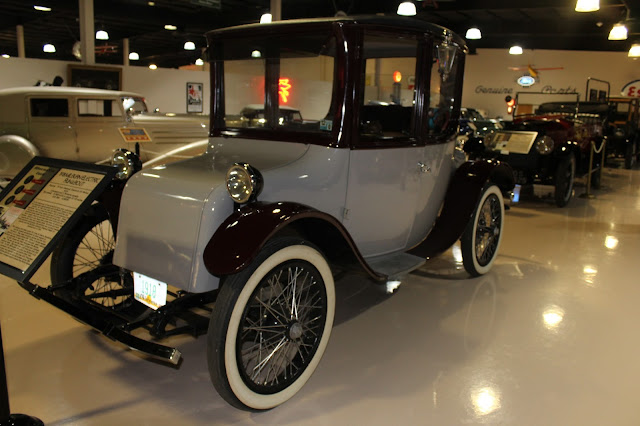 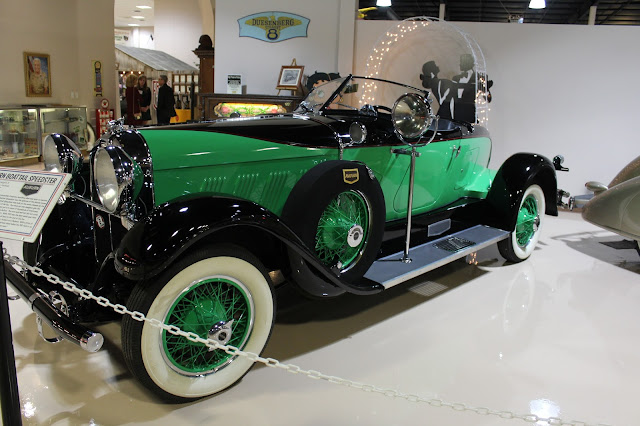 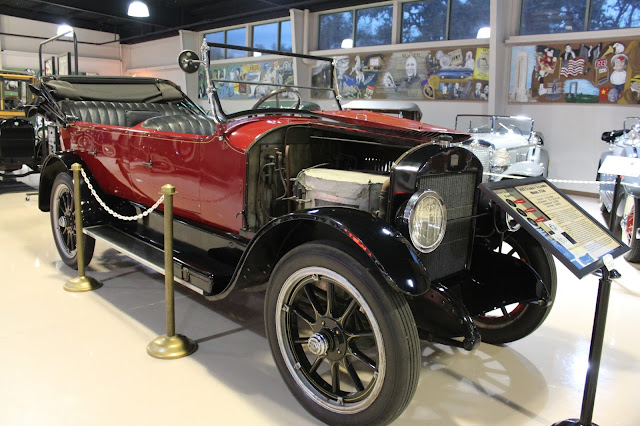 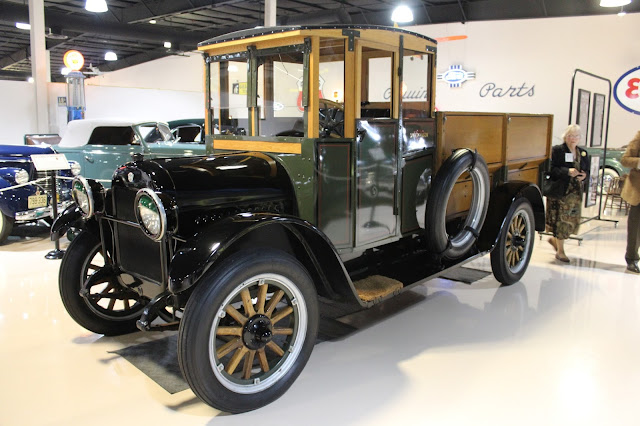 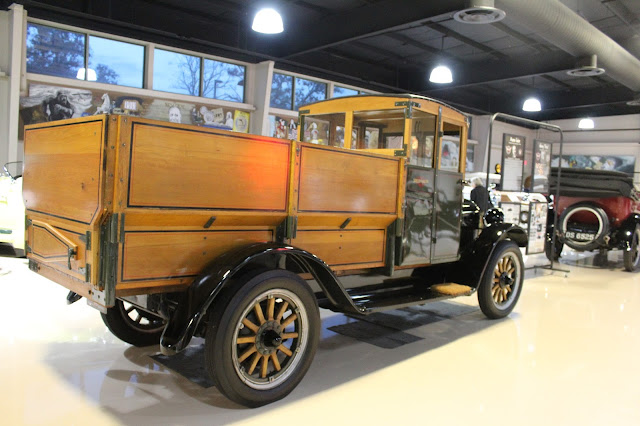 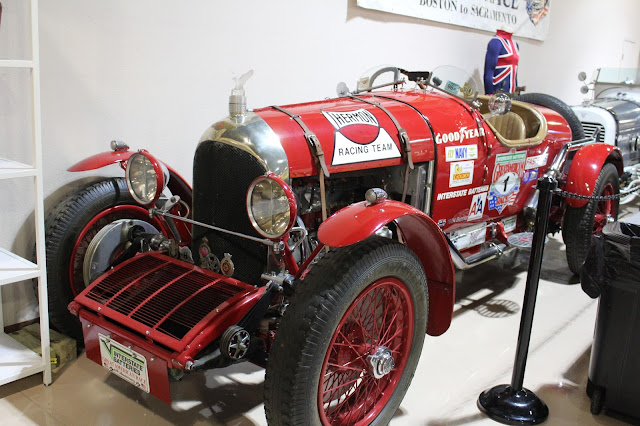 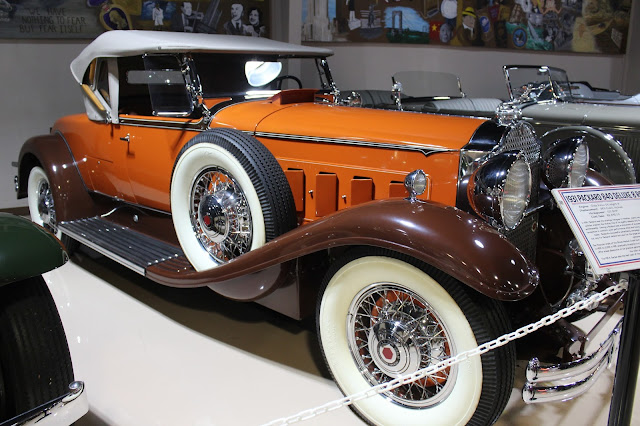 A highlight of the Annual Meeting was the Thursday evening reception of the President Elect, Sarita Hixon. The event was held at Dick's Classic Car Garage and Museum, which displays a splendid collection of vintage vehicles in pristine condition. The Friday Fellows Awards Luncheon  featured a thought-provoking paper by retiring TSHA Chief Historian Randolph Campbell, "A Sea of Blood and Smoking Rain, Sam Houston and Slavery."  Three new TSHA Fellows were introduced: Glenn Sample Ely, Kenneth Hoftape, and Guadalupe San Miguel. Bradley Folson was presented two book awards for Arredondo, Last Spanish Ruler of Texas and Northeastern New Spain. J.P. Bryan presented Texas History Teacher of the Year Awards to Mike Bailey of the Omar Bradley School of the Northeast ISD, and to Dr. Jerry Thompson of Texas A&M University. The H. Bailey Carroll Award for best article in the Southwestern Historical Quarterly was presented to Michael D. Wise of the University of North Texas for "Seeing Like a Stomach: Food, the Body, and Jeffersonian Exploration in the Near Southwest, 1804-1808," SWHQ (April 2017).


Other special events included a Women in Texas History Lunch, a Graduate Student Mixer, and a Book Lover's and Texana Collector's Breakfast. On Saturday afternoon a chartered bus provided transportation to the Witte Museum in San Antonio. All in all it was a grand weekend, one which makes us anxious to attend next year's TSHA Meeting in Corpus Christi, on February 28 through March 2, 2019.

On Tuesday evening, February 20, "A Patriotic Extravaganza" was presented to a large audience at the Carthage Junior High School auditorium. The program, "A Night Celebrating America," was performed by 150 first grade students from Carthage Primary School. The director, Debbie Leggett Miller, invited me to attend. Debbie was a student of mine at Panola College, and so was her future husband, Randy Miller, Debbie has taught in Carthage for more than four decades, and currently she teaches music to the lower grades. 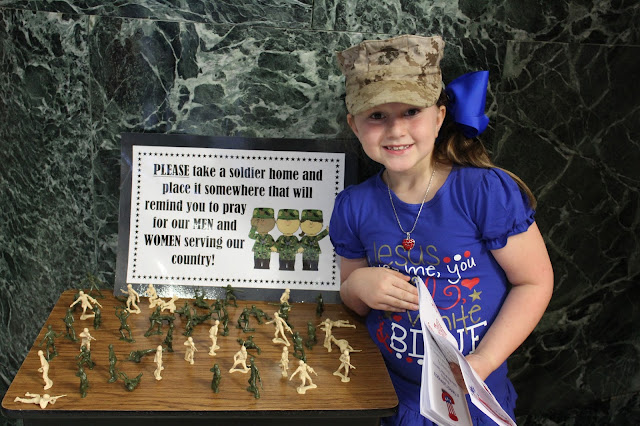 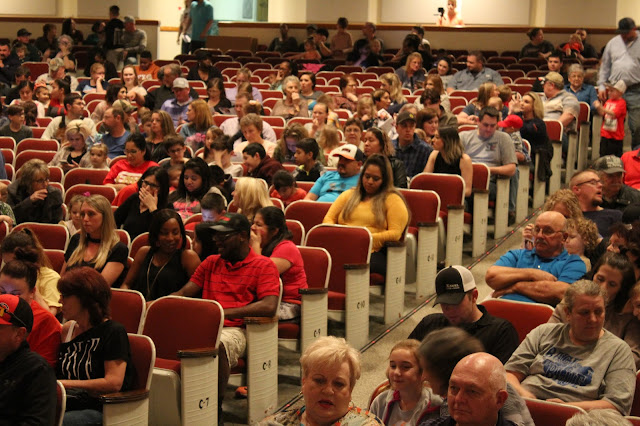 A few years ago Debbie began staging Patriotic Exravaganzas celebrating America, with as many as 200 first graders on stage, dressed in red, white and blue. Many were attired in military uniforms from the different branches, and some were dressed in costumes, from George Washington to Abraham Lincoln, from George Washington Carver to Martin Luther King, from Betsy Ross to Amelia Earhart. During these events the stage abounds in American flags, and a high point of each performance is a re-enactment of the raising of the U.S. flag at Iwo Jima.
﻿

Randy Miller and I went together. At the entrance I was handed a program by a first-grader named Kaison Holloway, who was clad in red, white and blue. The program was introduced by Principal Kiley Schumacher. Veterans of the armed services were recognized from the audience, and the students onstage sang an "Armed Services Medley." I was introduced as Texas State Historian. Musical performances included "The Star-Spangled Banner," "This is My Country," "Yankee Doodle Dandy," "America the Beautiful," and "God Bless America," along with other patriotic airs. The performance of these patriotic first-graders generated applause over and over, and at the end we gave a rousing standing ovation.