On Saturday afternoon, March 8, I attended the first day of the 30th Annual Southwestern Regional Rendezvous of mountain men re-enactors. The eight-day event was held a few miles east of Lampasas, on the Rocking S Ranch. I was invited by Patsy Harper, a student of mine during my first two years of teaching, at Lampasas Junior High School. I taught language arts and speech and Patsy was a brilliant student with a gift for writing. Several years ago she became captivated by the lifestyle of pioneers of the far frontier. Like her fellow re-enactors, Patsy collected pioneer attire and camp equipment suitable to the period. Her close friend, Phil Tromble, is a member of the American Mountain Men Society, whose participants adhere strictly to the lifestyle of mountain men while camping.

Driving east of Lampasas I turned on a paved county road. After a couple of miles I proceeded down a winding caliche road. I parked beside a collection of pickups, many with trailers, and hiked up to the camp. I had thought that this Rendezvous might not have much to do with Texas history. But the first camp I came to was a military encampment flying the flag of the Republic of Texas. The re-enactors wore 1840s uniforms and were armed with period weapons. I continued to encounter other re-enactors - men, women and children - who would spend the week portraying Texas pioneers. Indeed, some of these re-enactors impersonated specific pioneers. 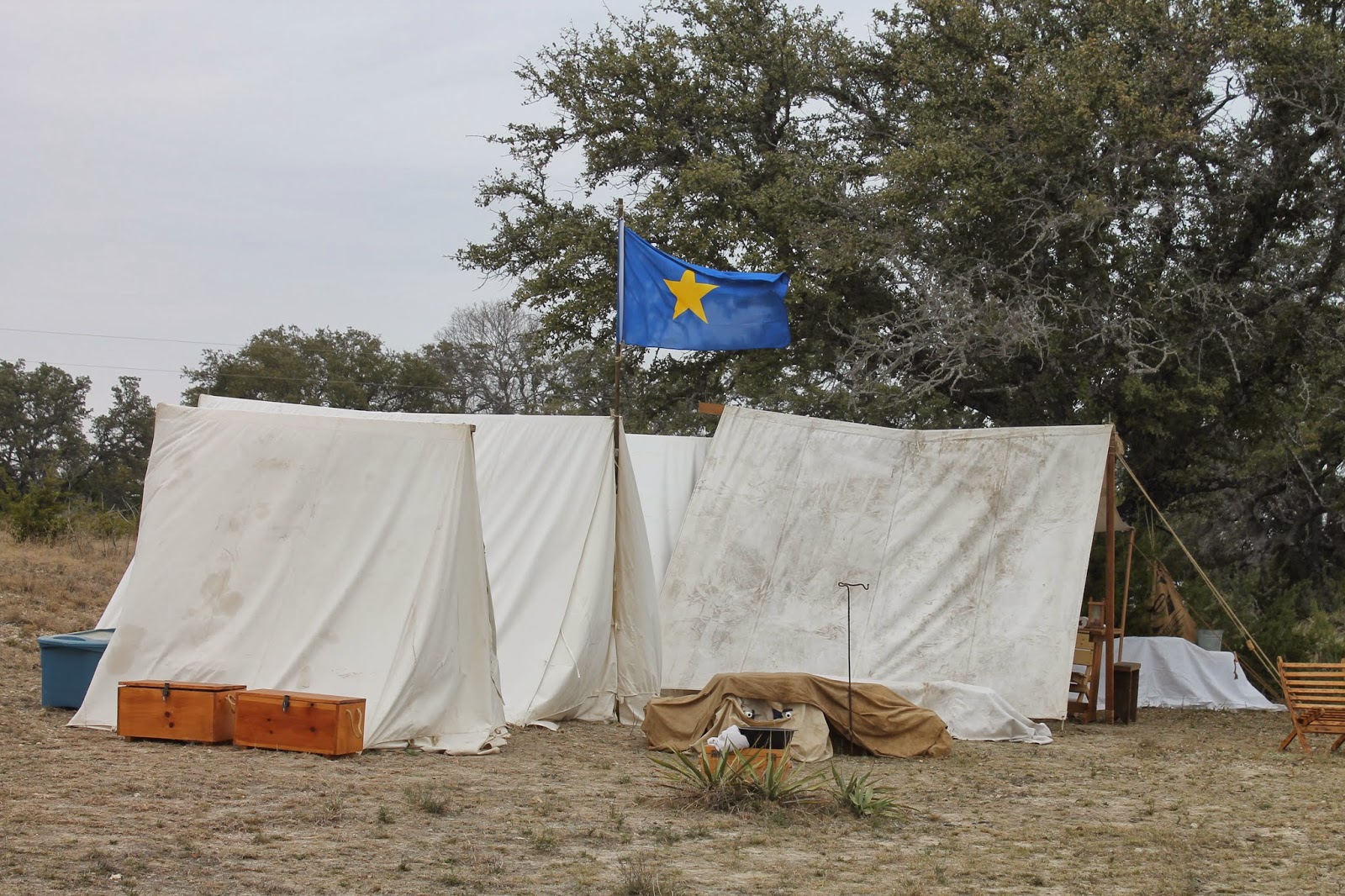 The Rendezvous camp was quite large and was situated in rocky, hilly, rugged wilderness. There were about 120 individual camps, many with a total of nearly 300 re-enactors. The largest tent housed a tavern, where singing and other forms of merrymaking broke out each night. Daytime activities included rifle and smoothbore pistol shooting, archery, knife and tomahawk throwing, fire starting contests, cooking, highland games, round robin trading, various demonstrations, and numerous activities for kids. During the afternoon I visited with many dedicated re-enactors, who bring to life a long ago period, and I had a delightful reunion with Patsy Harper. These historians know far more about their era than the State Historian of Texas! 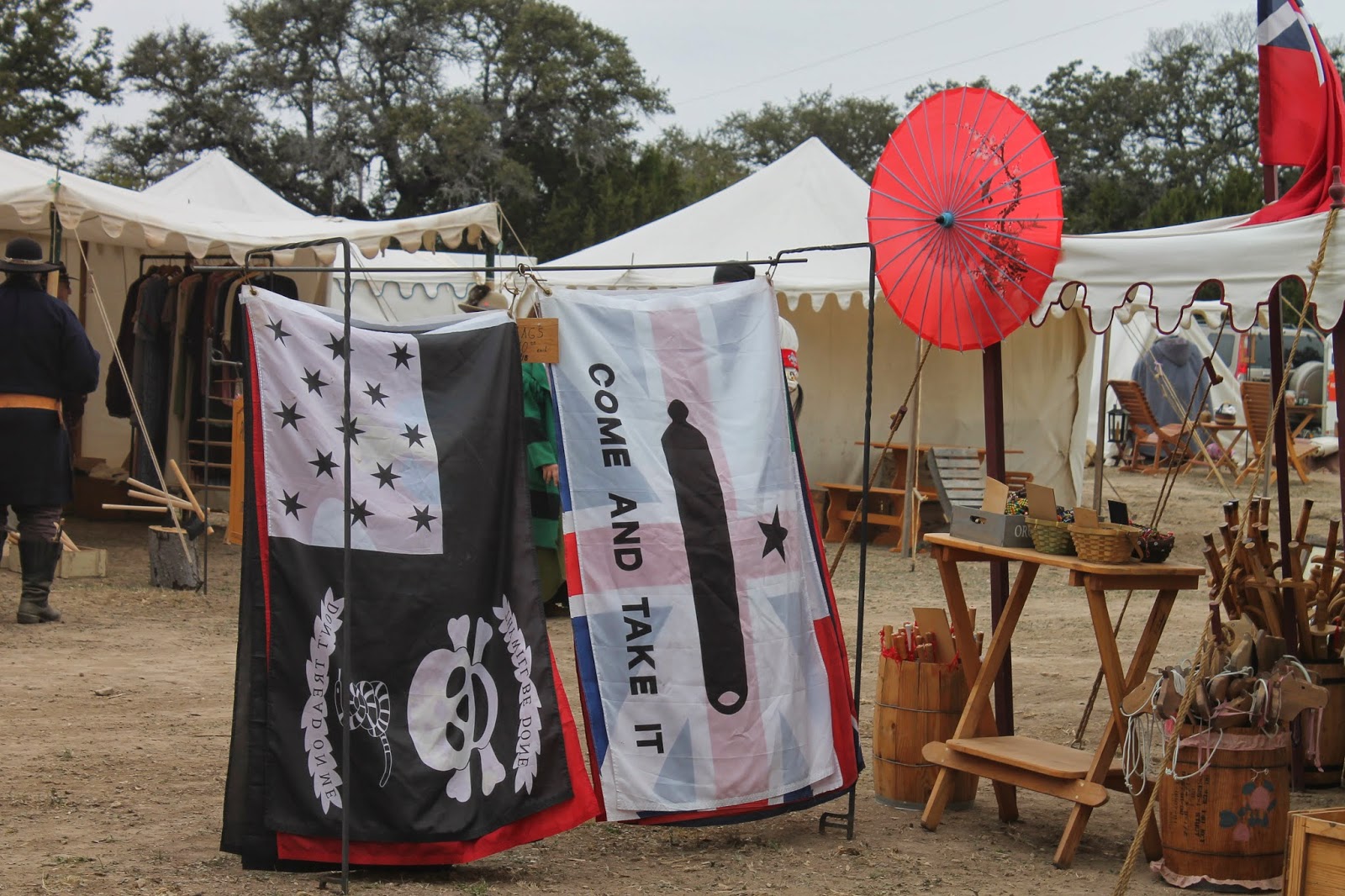 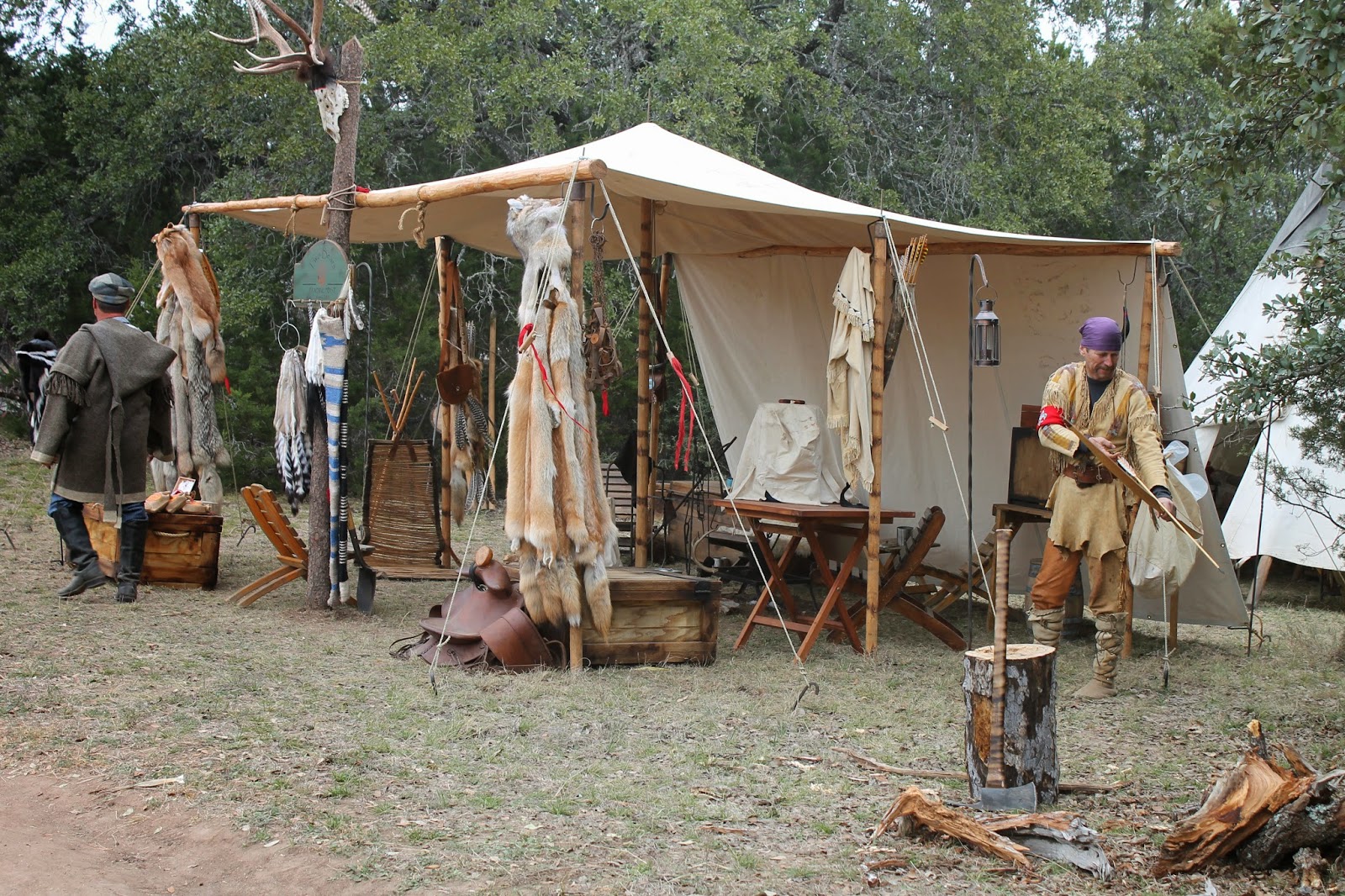 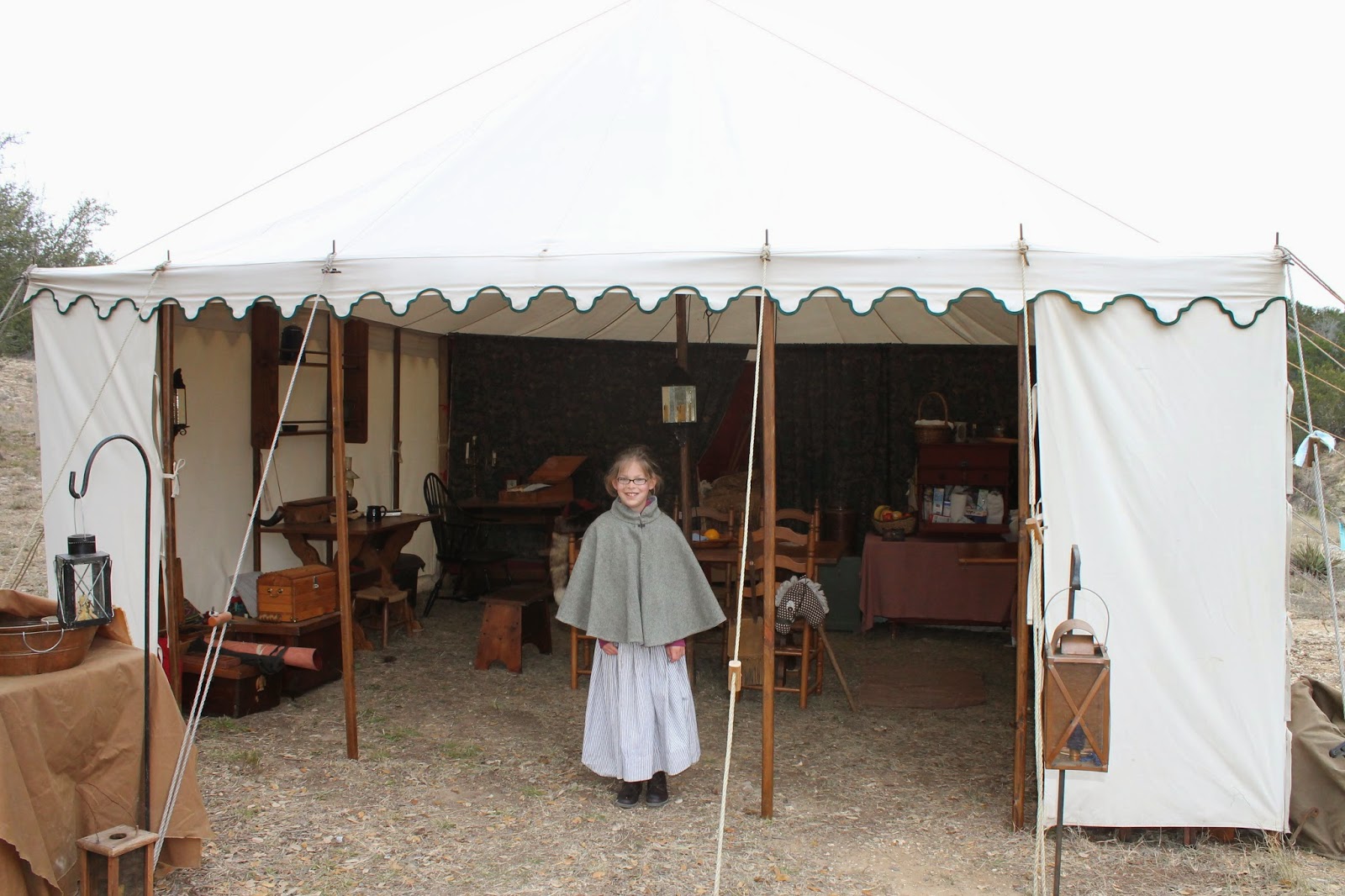 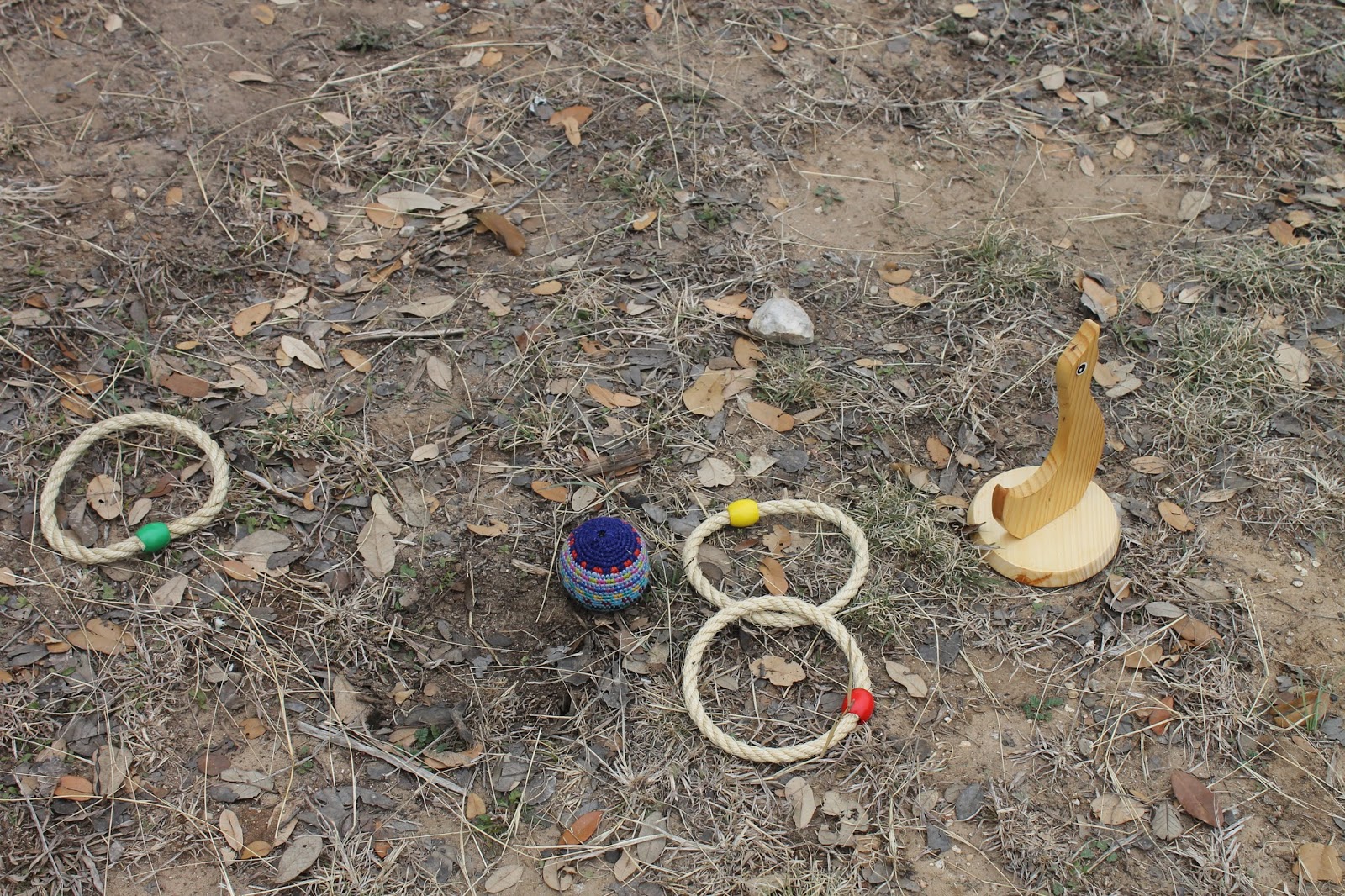 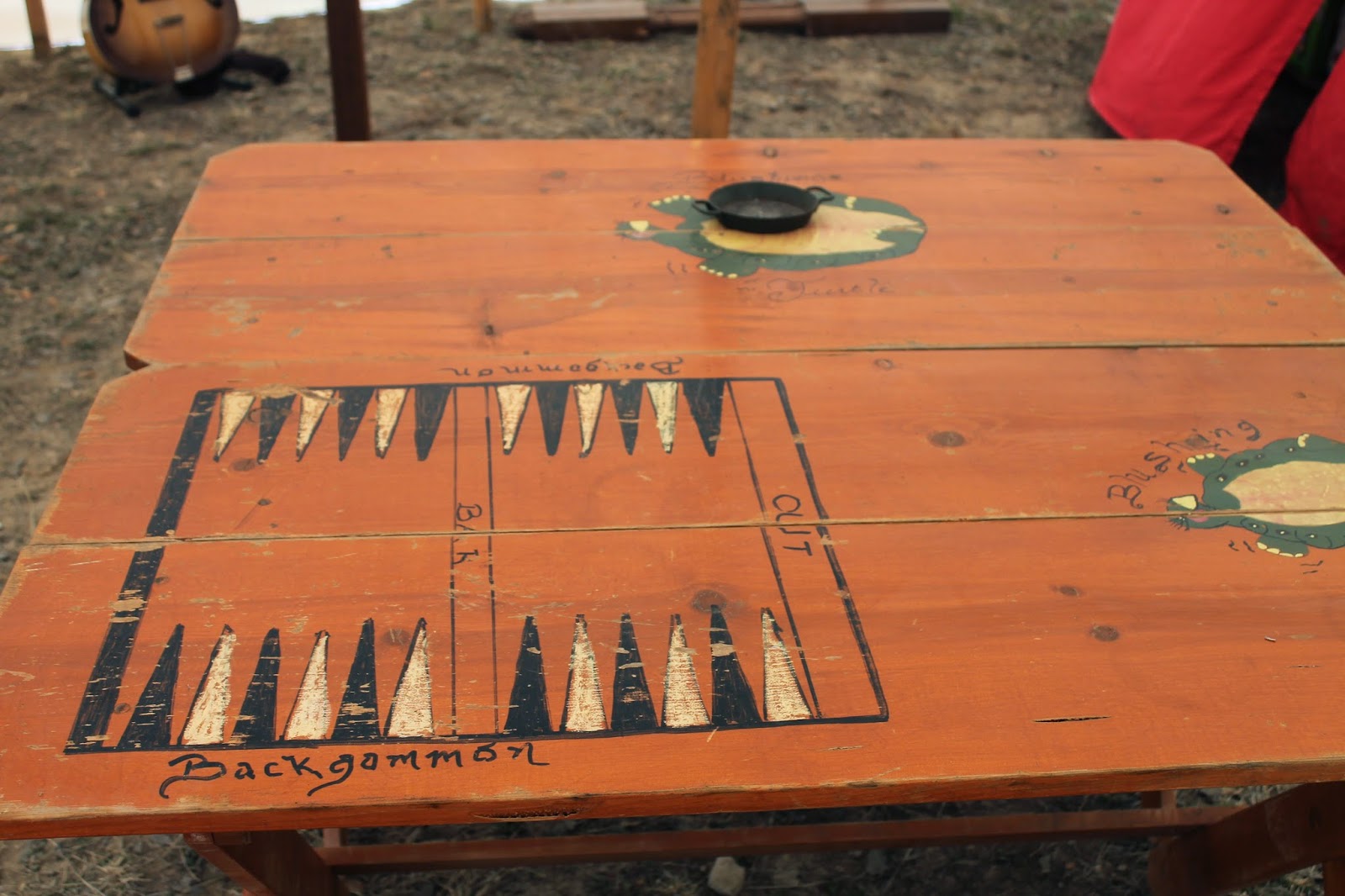 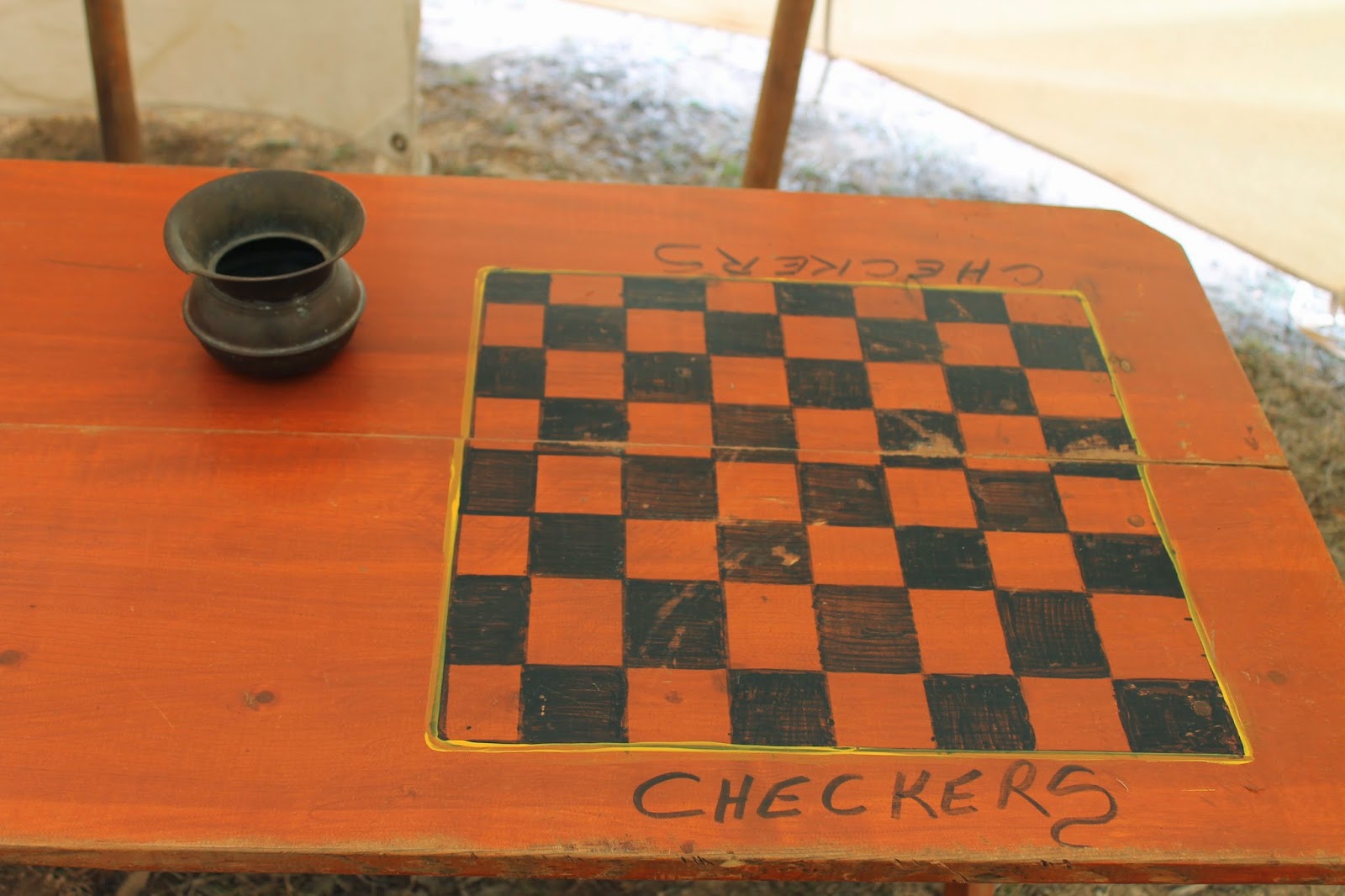 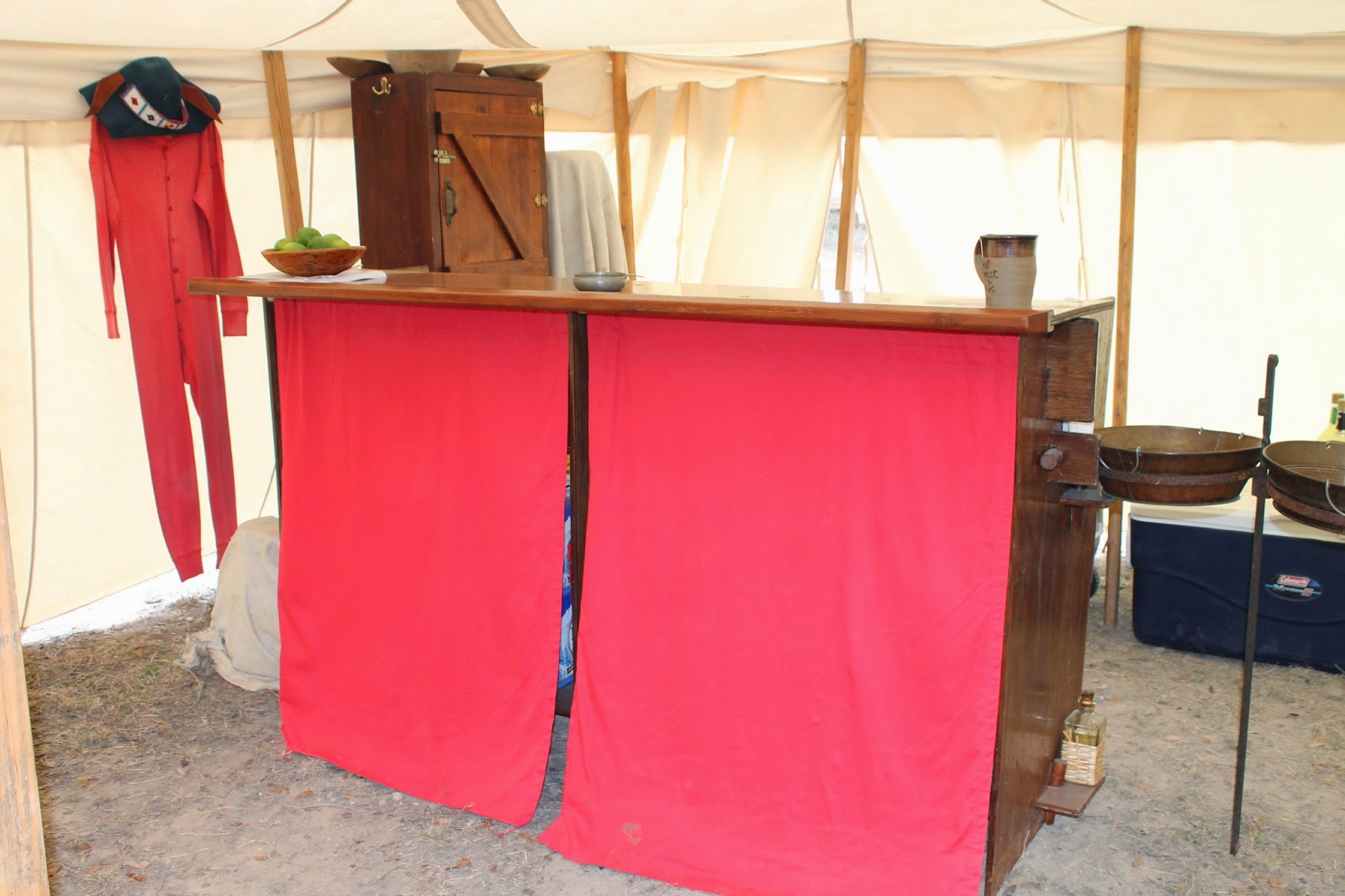 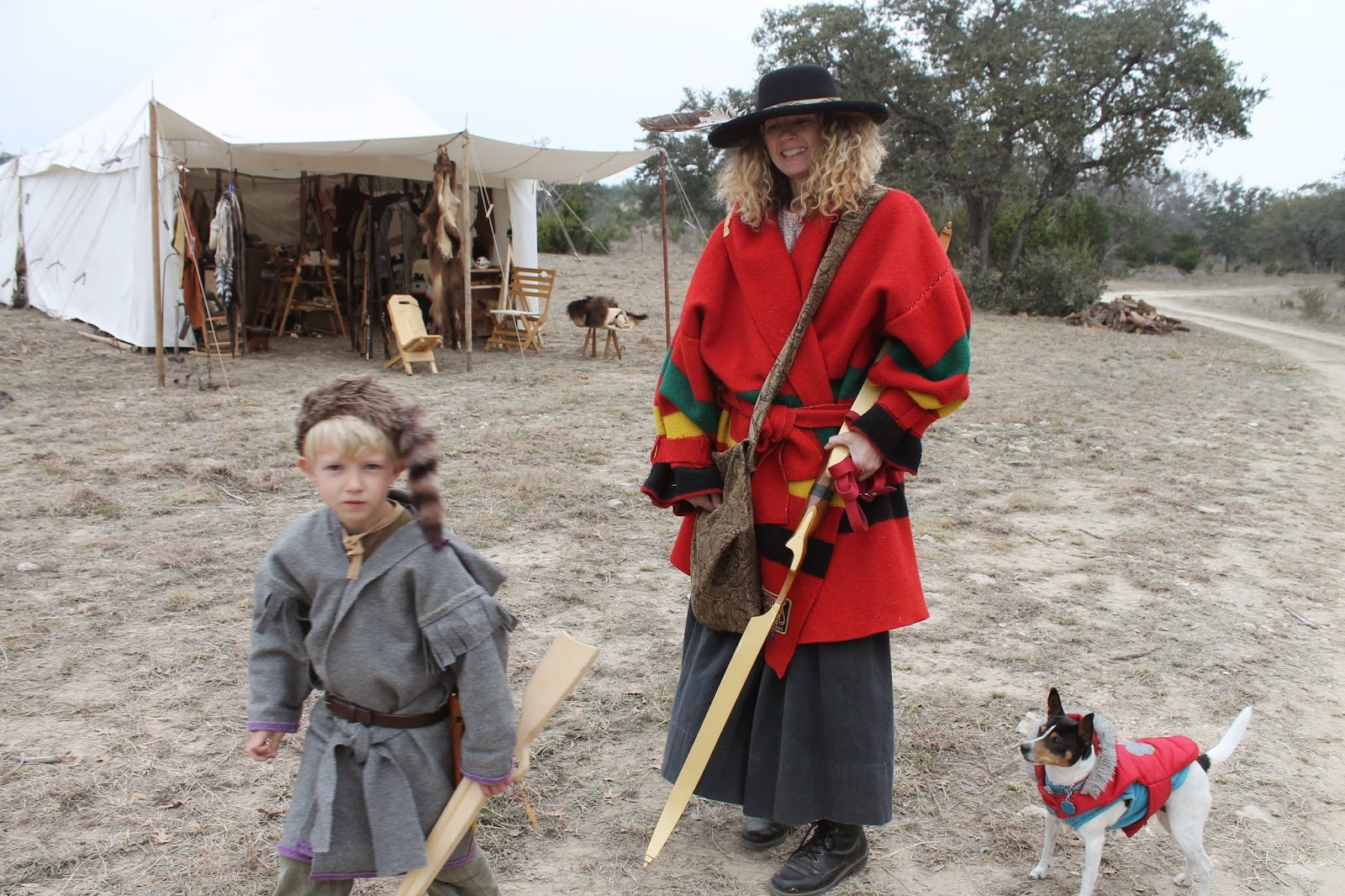