One Tuesday, September 11, a commemoration of the Nine-Eleven terrorist attack was staged by Art Lorenzo at the Fellowship Hall of the Pentecostal Church in Carthage. Art has long been fascinated by the tragic events of Nine-Eleven, and he has amassed an enormous collection of historical memorabilia. Art has staged an annual commemoration for years in Carthage, and for 2018 he asked the State Historian to provide a keynote address.
Art decorated several exhibit tables with his Nine-Eleven items, as well as with United States flags and banners. At ten o'clock in the morning Art opened the ceremony by leading the audience in the Pledge of Allegiance. Dr. Kirby Hill played a beautiful, haunting version of "Taps" on his trumpet. Art then introduced me, and I opened my remarks by talking about where I was (lecturing to a U.S. History class at Panola College) when I first learned of the attack. For half an hour I spoke about how our unique freedoms developed in early America, and how crucial it is that we remain on guard to safeguard these freedoms and founding ideals. Afterward a delicious lunch was served, and Art showed a few of us his most highly prized artifacts.
The next morning I drove to Corsicana to provide a lunch program at the Kinsloe House, which was built as a meeting place for ladies' clubs. This event was staged by the Navarro County Historical Commission. Margaret Thomas, a member of the Commission, invited me to the event and served as my contact person. Corsicana is my home town, and when I arrived I was delighted to see many old friends and high school classmates. Margaret was kind enough to invite my daughter, Dr. Shellie O'Neal, who is head of the drama department at Navarro College, so I had the pleasure of eating lunch with Shellie.

There had been considerable publicity and there was an unusually large crowd. Although predominantly female, the audience also contained a number of men. Margaret and I had planned a program on Margaret Houston, as well as the other wives and sweethearts of Texas icon Sam Houston. The audience responded enthusiastically to this Sam Houston soap opera, and afterward there was time for a pleasant photo-op. I had a grand time returning home for a day. 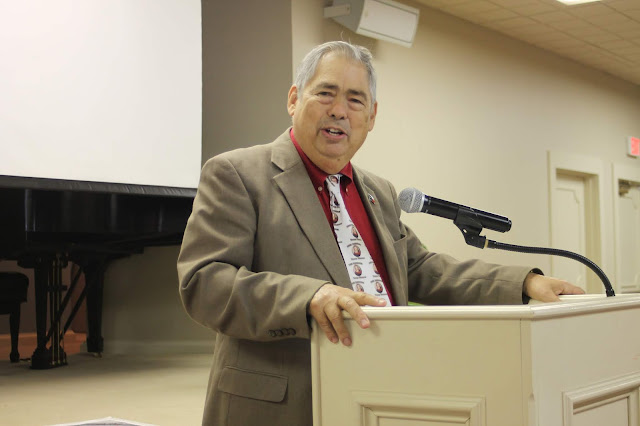 On Saturday morning I drove to Marshall, where I met Federal Judge Rodney Gilstrap. I had been contacted months earlier by Judge Gilstrap, who is a board member of a foundation established by Judge T. Whitfield Davidson. Judge Davidson was born in 1876 on the family farm in northwestern Harrison County. Eventually he read law and was admitted to the bar, and his political career progressed to the Texas State Senate and to the office of Lieutenant Governor. He served capably as Acting Governor during an extended absence by Governor Pat Neff. Later Davidson was elected President of the Texas Bar Association, and in 1936 he was appointed by President Franklin D.Roosevelt as United States District Judge for he Northern District of Texas.

Judge Davidson acquired about 3,000 acres of beautiful, hilly woodlands in addition to his home place. In 1955 Judge Davidson had a beautiful stone chapel built in honor of his mother, Josephine Davidson. He passed away in 1974 at the age of 98. A foundation was created to manage the property (board members today are Judge Gilstrap, Bill Cornelius, Jr., Billy J. Davidson, Robert L. Duvall, and William M. Runnells). The Davidson Foundation operates through an on-site caretaker who, among other duties, is expected to oversee the small herd of Texas longhorn cattle that Judge Davidson insisted be maintained on the property. Boy Scouts and other youth groups are encouraged to utilize the property. And twice per year, in May and in September, the Josephine Davidson Memorial Chapel is the site of a Saturday memorial service which includes dinner on the grounds. 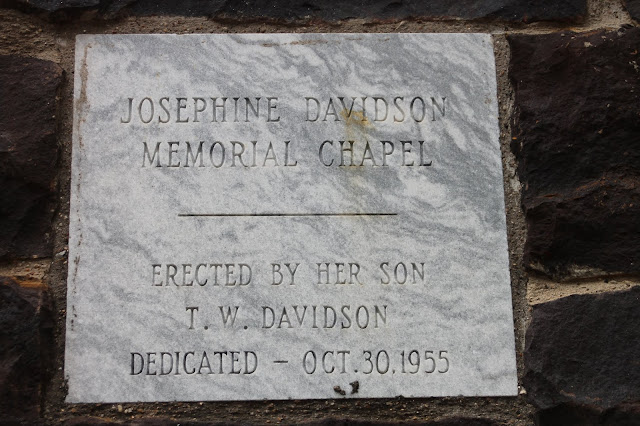 The service on Saturday, September 15, began at eleven o'clock.with a welcome by Judge Gilstrap, and an invocation by Board Member William M. Runnels. Andy Elliott, accompanied on the piano by his lovely and talented wife, Jan, led us in singing "America the Beautiful." The Board of Trustees was introduced, followed by a report on the Foundation by Robert Duvall. Billy Davidson recognized guests, primarily first-time attendees. Andy Elliott sang a solo, "We Are Blessed," which he chose after calling me about my topic. I was provided with a gracious introduction by Judge Gilstrap, and - judging by comments afterward - my address about our Founding Freedoms was well-received. We closed the service with the hymn, "Amazing Grace" and a benediction by Bill Cornelius, Jr. 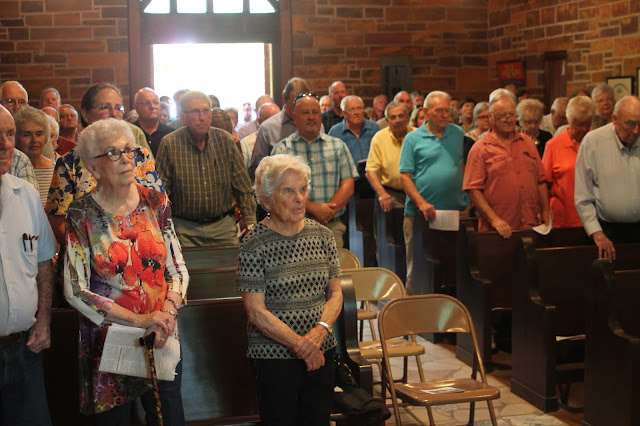 Both before and after the service, and during the delicious catered lunch, I had the pleasure of visiting with old friends from Marshall, neighbors from Carthage, and a great many former students. Judge Gilstrap gave me a tour of the chapel, which includes a Heritage Room in the rear, along with another room where Judge Davidson is entombed. I was most impressed with everything, and I had a memorable time at the end of a busy State Historian week.