From July 22 through July 26, my wife Karon and I participated in the Seventh Annual Roundup of the Wild West Historical Association. This year’s WWHA Roundup was headquartered at the Denver West Marriott, a convention hotel located just west of Denver on the outskirts of Golden, Colorado. The WWHA was formed by a merger of two western history groups, NOLA (National Association for Outlaw and Lawman History) and WOLA (Western Association for Outlaw and Lawman History). I was a longtime board member and frequent program chair for NOLA, and occasionally I presented programs at WOLA meetings. When NOLA and WOLA merged into the WWHA, Karon and I became charter members. Indeed, Texas has provided the largest number of WWHA members, and at each Roundup there is a large contingent of Texans. Next year the Roundup will be held in Amarillo.

Karon and I drove toward Denver through West Texas, spending our first night in Dalhart, a Panhandle town which houses the XIT Museum. The next day, Tuesday, July 22, we reached Denver in the early afternoon. I had volunteered to speak on Colorado’s famous cattle king, John Wesley Iliff. I first researched and wrote about Iliff two decades ago, for my book Historic Ranches of the Old West, and I dealt with him again a few years ago in my book about frontier Cheyenne. Iliff came to the gold mining camp of Denver in 1859, but instead of prospecting he entered the cattle business. Iliff established nine ranches in northeastern Colorado, running as many as 40,000 head of cattle on 650,000 acres of open range, and he did business with legendary Texas cattleman Charles Goodnight and his partner Oliver Loving. So before Karon and I went to our hotel, we visited Iliff’s grave – marked by a 44-foot granite monument – in Fairmount Cemetery, and the J.W. Iliff School of Theology – featuring a picturesque Victorian building – on the University of Denver campus.


There were no scheduled WWHA activities until late Wednesday afternoon, so earlier in the day Karon and I drove into Golden to visit the Rocky Mountain Quilt Museum (her treat) and the Colorado Railroad Museum (my treat!). That evening the WWHA Roundup opened atop Lookout Mountain, where we visited the grave and nearby museum of Buffalo Bill Cody, and ate a delicious Bar-B-Q dinner.


Thursday morning I presented the leadoff program, which was warmly received. The rest of the day we enjoyed a great many fine programs, as well as three breakout sessions that evening. At mid-day we sat down to the annual Awards Luncheon, and Texan Chuck Parsons was presented a check and plaque for the best article in the WWHA Journal. 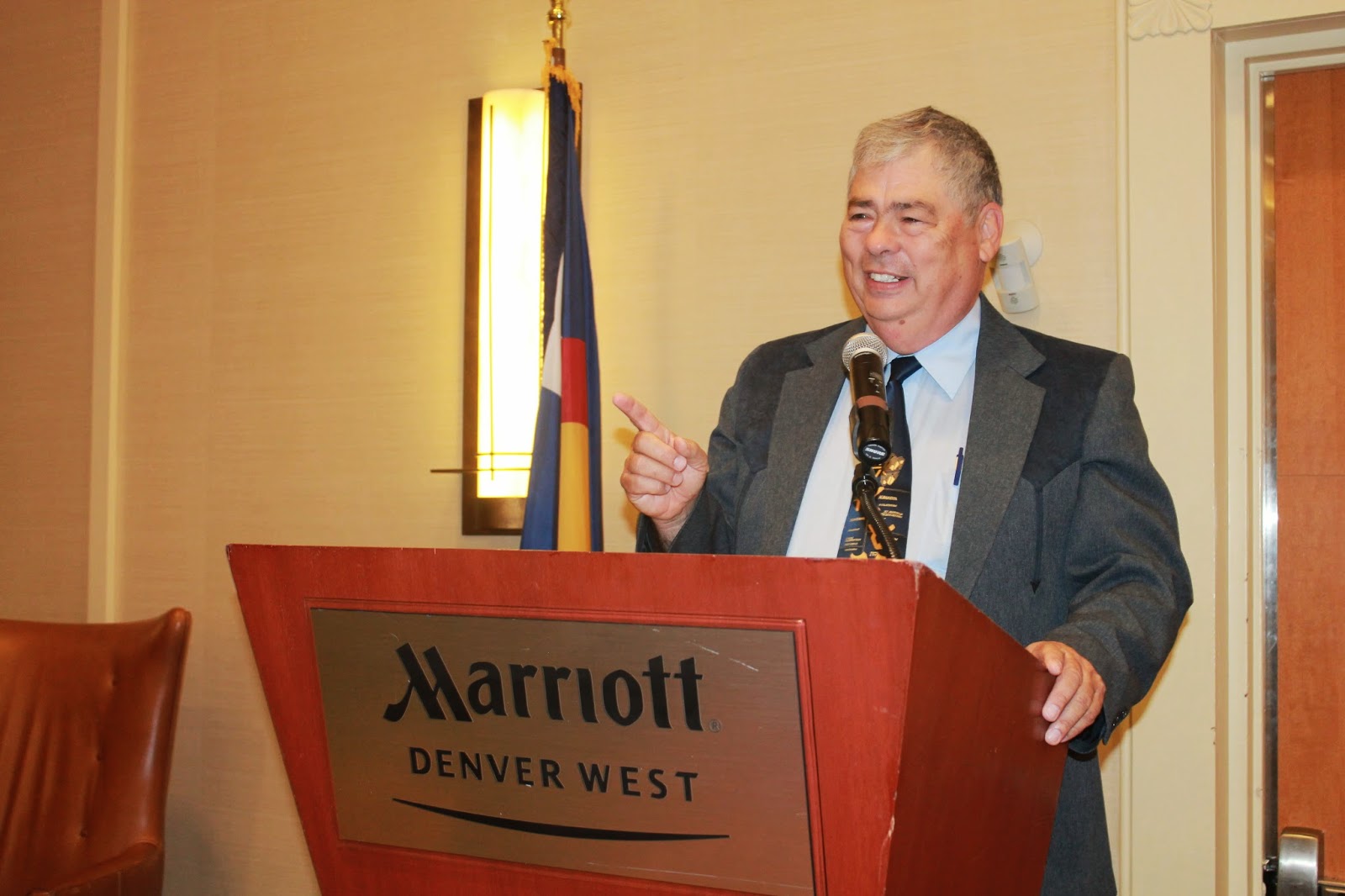 Friday was field trip day, with a bus ride up to historic Leadville. Karon and I twice had visited Leadville, so we stayed at the hotel to work on various projects – including this blog. On Friday evening we all enjoyed an hour-long interview with historian Dr. Gary L. Roberts, author of Doc Holliday: The Life and Legend.

Saturday morning featured several more fine programs. At the Boots and Spurs Banquet that evening, WWHA members from across the nation dressed in Western attire and feasted on a superb meal. Bill Koch, noted collector of Western memorabilia, was our "Special Guest Speaker." Koch and Texan Kurt House, WWHA board member, rancher, and a noted collector in his own right, greatly enlivened the live auction, the proceeds of which go to WWHA coffers. Several president’s awards were announced, and an enticing preview of the 2015 Amarillo Roundup was presented. Indeed, the next day Karon and I drove through Amarillo, already looking forward to meeting again with our WWHA friends – kindred spirits all. 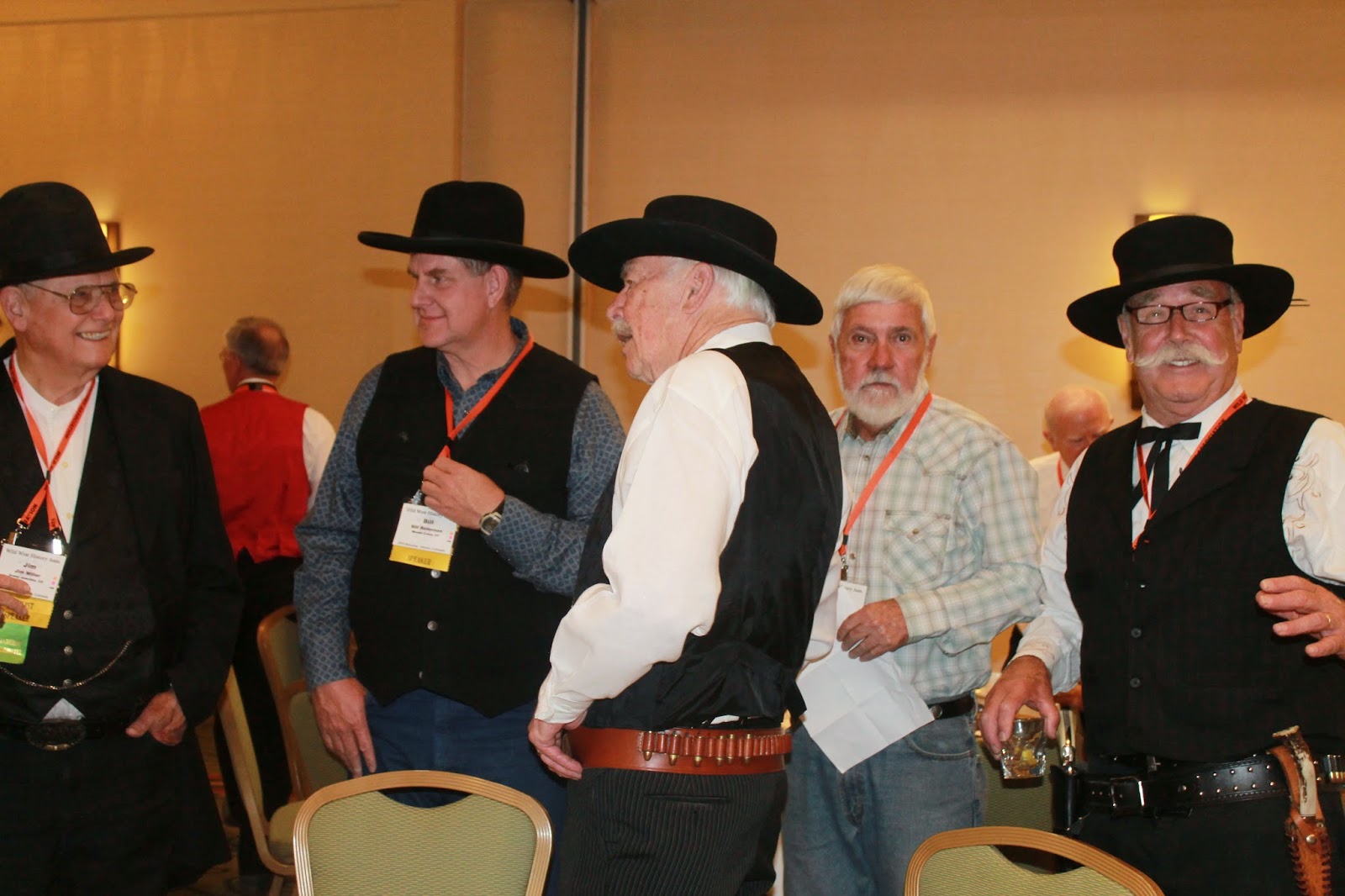 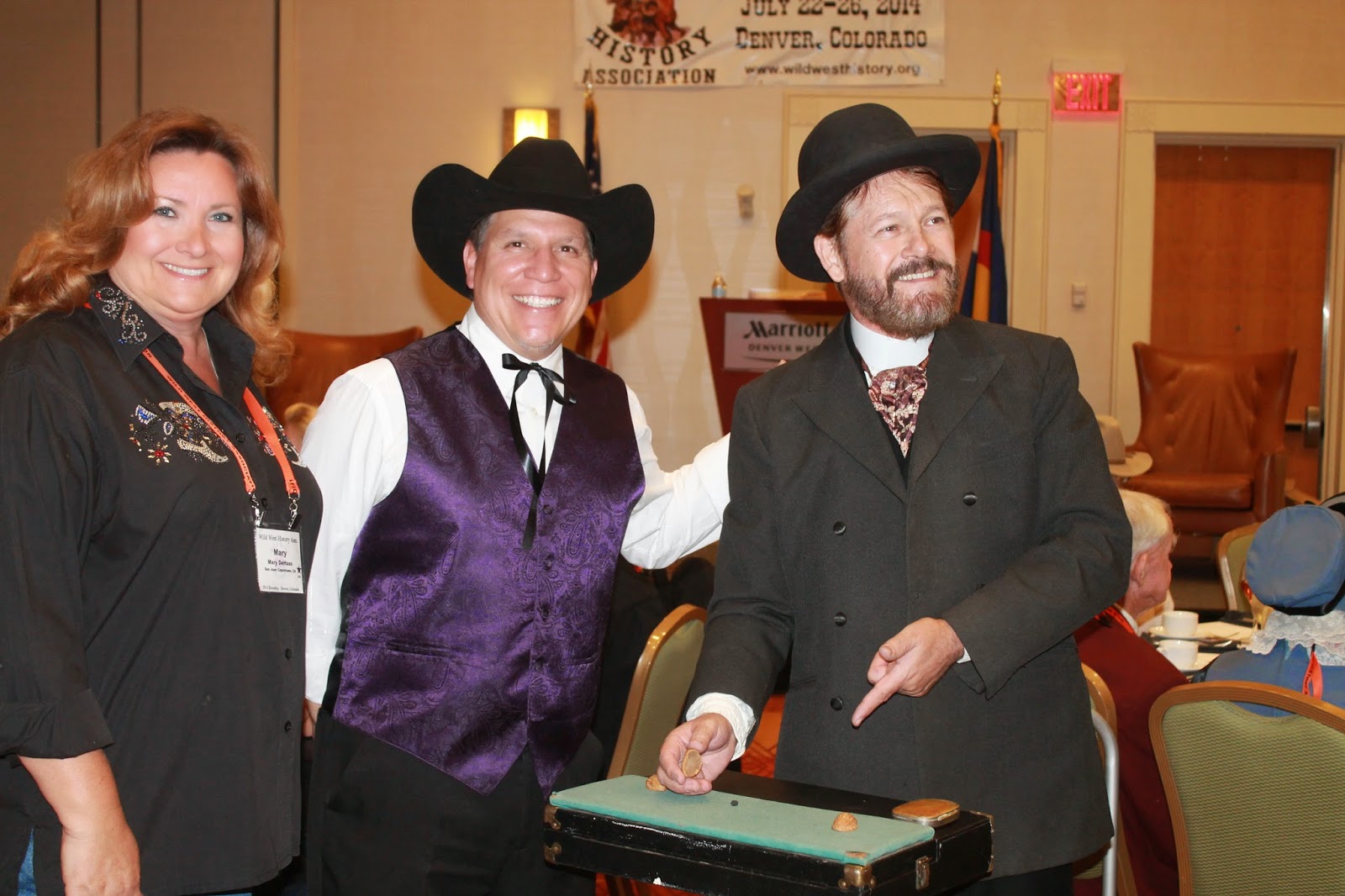 For more information: www.wildwesthistory.org
Posted by Unknown at 9:38 PM