On Saturday morning, November 16, it was my pleasure to conduct a Civil War Conference at Panola College in Carthage. I taught history for four decades at Panola, and as State Historian I have been provided an office and financial backing by the college. Dr. Gregory Powell, President of Panola College, and Vice President Dr. Joe Shannon have graciously afforded me an institutional affiliation and constant encouragement. One of my goals as State Historian was to bring an historical event to my home campus, and last June I hosted a conference on "East Texas Gunfighters and Shootouts." Response was enthusiastic, and there were many requests for another conference. "The Civil War in East Texas" was decided upon as the next conference topic. 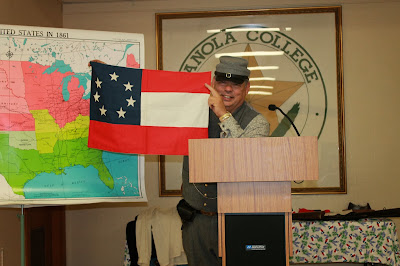 I promptly contacted my oldest daughter, Lynn Martinez, an award-winning teacher with a deep interest in women of the Old South. Lynn planned an antebellum fashion show, which would include "Seven Layers of Women's Clothing," as well as the "Language of the Fan." Lynn enlisted her two daughters, Chloe and Jessie. My wife Karon joined in, and she and her mother, Louise Ashby, created a beautiful antebellum ball gown, along with the requisite undergarments. Lynn has accumulated a large antebellum wardrobe, with which she attired herself, as well as Chloe and Jessie. 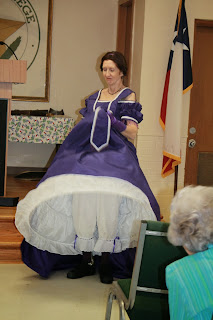 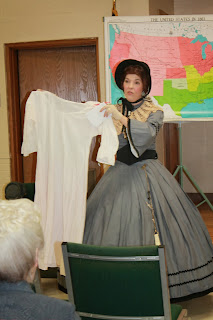 Through the years I've delivered several hundred lectures on the Civil War, and I've collected numerous artifacts - authentic items as well as reproductions - to illustrate and enhance my presentations. Three of my great-grandfathers - one from Georgia, one from Mississippi, and one from Alabama - were Confederate soldiers, and I have a few of their Civil War heirlooms. To the conference I brought weapons, (mostly reproductions), uniforms, miscellaneous artifacts, and wall posters. A special prize was an antique Spencer carbine, borrowed from Dennis LaGrone, a former student of mine who has generously shared this unique weapon with me on several previous occasions. 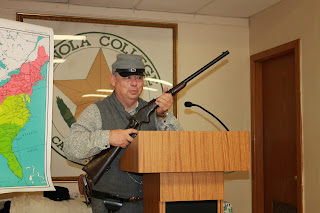 A large number of attendees were women, who especially enjoyed the fashion show. After more than an hour of varied presentations by me and by Lynn and her ladies, we took a break to enjoy refreshments, animated conversations, and up-close examinations of the artifacts and clothing. 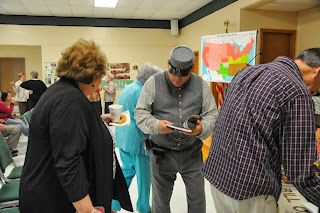 A feature of the second hour was a lively rendition by our ladies' quartet of "Dixie" and "Bonnie Blue Flag." At the close of the morning many attendees visited the traveling display on Civil War Medicine in the college library, which was opened for us by Librarian Cristie Ferguson. It was an enjoyable morning, and no one enjoyed the event more than I did. 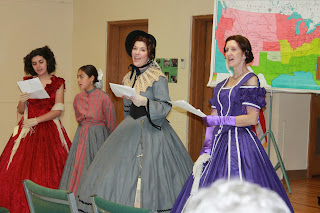